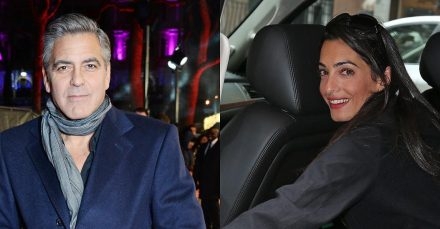 A friend jokingly recently said that never since the days of the biggest plate of Tabbouleh have we had a surge in our national pride as when Amal Alamuddin, the international Lebanese British lawyer, got engaged to George Clooney. Well, ladies and gentlemen brace yourselves for another wave of Lebanese pride.

Amal Alamuddin, inspiring many other Lebanese women to set out plans to hitch Hollywood’s next eligible bachelor, is reportedly returning home for the “it” wedding of the year. At least on Lebanese levels.

Sources close to Alamuddin’s family have indicated that Alamuddin and Clooney will tie the knot in Lebanon this coming September. The location for the nuptials is reportedly Alamuddin’s own hometown, Baaklin. Apparently one can’t say Alamuddin isn’t proud of where she originally comes from.

In the very likely setting that this information turns out true, I wouldn’t be going out on a limb to say that Lebanon would get an amount of international attention that is unprecedented. What’s even better is that the attention we’d get won’t the cliche war-torn nation of diversity where Christians and Muslims try to co-exist and of Beirut being the city of the Phoenix, resurrecting from its civil war ashes and whatnot. This wedding could be what we need not to remain a country where we ride camels and live in tents. Be excited, people!

So Lebanon’s ministry of tourism, prepare yourself. Your next set of ads will be about how this little country of ours is where George Clooney tied his knot. Lebanon’s ministry of interior, prepare yourself as well – we can’t allow any signs instability until September at least even if our parliament fails to get its stuff together and elect a president. Such irrelevant details need to take a backseat to the impeding mayhem of the big fat Lebanese wedding about to take center stage.